A Weekend Among Zimbabwean Refugees 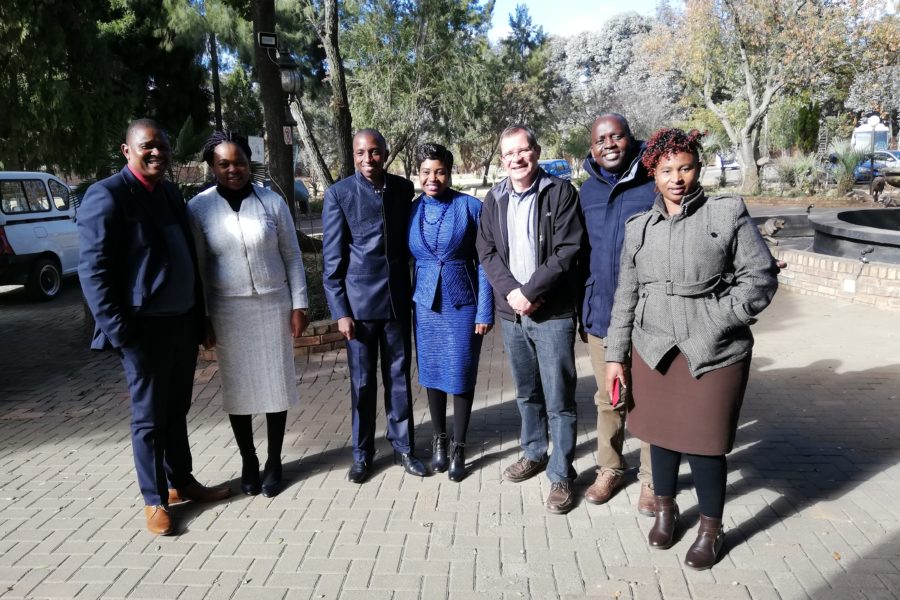 A Weekend Among Zimbabwean Refugees

By God’s grace I arrived safe and sound on Oliver Tambo Airport via Amsterdam on Tuesday night the 18th of June, happy to be in the country of my birth once again. My base for the next few days would be my parents’ sunny town house in one of Pretoria’s eastern suburbs. From there I was picked up by a Zimbabwean colleague, reformed pastor and friend on the Friday afternoon. We headed off to a modest lodge near the aforementioned airport for a marriage conference with some 30 odd Zimbabwean couples.

These Zimbabweans came from all over, a few even from Zimbabwe itself, as South Africa had been flooded with some 2.5 million Zimbabwean refugees since Robert Mugabe started his campaign of “land reform” and terror twenty years ago.  When I asked whether it is going better now that Mugabe has been ousted, the response was blunt: “It is worse. Mugabe killed people secretly, his successor (from the same ZANU PF Party) kills them openly on the streets”. That confirmed reports we have been receiving via WhatsUp from inside the country since the beginning of the year. Incidentally all the folks attending this conference were Shonas, the very same tribe as Robert Mugabe.

I did not know what to expect. My friend Nobington and I have only become acquainted “on-line” a few years ago, and Africa is always “full of surprises”, as an ancient Roman poet once said. Would they really come for the Word of God; for the Gospel? Are they really concerned about God’s sacred institution of marriage, even their own marriages? What made me wonder about it was because a generous donor in Canada basically made this conference possible. What if they only came for a nice retreat…!

We all met each other the Friday night around 8pm. After a warm introduction every couple received an opportunity to introduce themselves. Each husband and wife had to say something they liked or disliked about their spouses. I was holding my breath. What was going to come of this? But it all turned out to be great fun! You could think you were among Christians somewhere in Ontario if you closed your eyes.

I was touched by how generously and openly these people expressed their love for each other as husbands and wives. Afterwards I commented that allowing your life-partner to “criticize” you when necessary, is crucial for a healthy marriage. No relationship can flourish if loving criticism is being stifled all the time. I also commended my Zimbabwean friends for affirming their spouses so heartily. How crucial is that not in today’s tough world!

I asked them whether they realized that they were upholding monogamous heterosexual marriage in spite of what Africa was traditionally known for. Basically all religions and cultures approved or tolerated polygamy. It was Jesus Christ and his apostles who stood up against it. I showed them how the Old Testament – while patiently putting up with Israel’s polygamous practices for so long – subtly criticized it already in the stories of Abraham and Jacob. How wonderful then that Jesus came to call us back to God’s original intent for marriage in Genesis 1 and 2 (see Matthew 19). So no doubt, the Gospel had an effect on Zimbabwe. I was pleasantly surprised. By the way, these folks all belonged to the Dutch Reformed Church of Zimbabwe, planted by missionaries from South Africa over a century ago.

There were other things that impressed me too. The way they dressed – in their Sunday best as we are used to say – even though all of them were quite poor. Just look at the pictures and you will see. Surely, we “sloppy” North Americans can learn a lot from them. The other things that impressed me was their hunger for the Word, their acquaintance with the Gospel and their spontaneous exuberant singing (and dancing)! I realized yet again why Africa, in spite of its many challenges, does not suffer from too much depression. Maybe we in the West will emerge out of our collective gloom when we learn to start singing and laughing buoyantly and spontaneously again. A popular Dutch song of the sixties had it that it was since the advent of the radio and the hi-fi that we stopped singing! Whatever the case, it is a tragedy. These folks break into singing (and dancing) every half an hour, without a book in their hands!

Marriage in the light of Scripture

In my four talks I tried to deal with the following topics: The mystery of the marriage covenant; the holy calling of every husband and wife; communication and conflict resolution; and lastly romance and intimacy. I also handed each couple a book on marriage, courtesy of a bookstore in my hometown in Ontario.

What really touched them early on was when I showed them how Paul refers to marriage as a “profound mystery”. Tim Keller’s book The Meaning of Marriage (which I used lavishly throughout) really opened my eyes for those words of Paul in Ephesians 5:32. Paul refers to the way in which Christian marriage reflects and symbolizes the relationship between Christ and his church,  for just as Jesus left his Father’s house for our sake, to redeem us and become one with us, so a man shall leave his father and mother and cleave unto his wife, to become one with her become and redeem her too. We are now one with Him, just as husband and wife become one through the marriage covenant. And the purpose of both his love for us, and of our love for each other is our complete redemption and glory in Christ our husband!

The connection between Ephesians 5:22-33 and Genesis 2 is sublime. This theme laid the basis for everything that followed, for even in communication, resolving our conflicts and romance the simple principle rules, giving is better than taking. Jesus showed us the way. And when we follow his example, redeemed by His blood, we are both fulfilled and content because our love grows and matures in every way.

I also showed them that despite contemporary pessimism about marriage, all research points to the amazing benefits marriage has for all: for couples, children, society, etc. The liberal Western propaganda about “free love” and against the sacredness of Biblical marriage have all been proven to be a pile of nonsense. The hard facts are telling us: our kids, our cities and countries (and its economies) will crumble without healthy monogamous marriages. As I flew to Malawi on the Monday following, I picked up a South African newspaper The Star. A headline on page 11 went like this: “Studies have shown that living together before marriage increases the chances of divorce”. And yet on the opposite page an American show popularizing the decrepit old broadminded “morality” is still being hailed as real entertainment. How sad! In fact, basically everywhere here in Africa I hear the cry of our fellow believers begging us: “Help us to ward off the onslaught of secularism and materialism that is now seeking to engulf Africa too!”

Meanwhile I had to brace myself for five more weeks without my dear wife back in lovely Ontario! 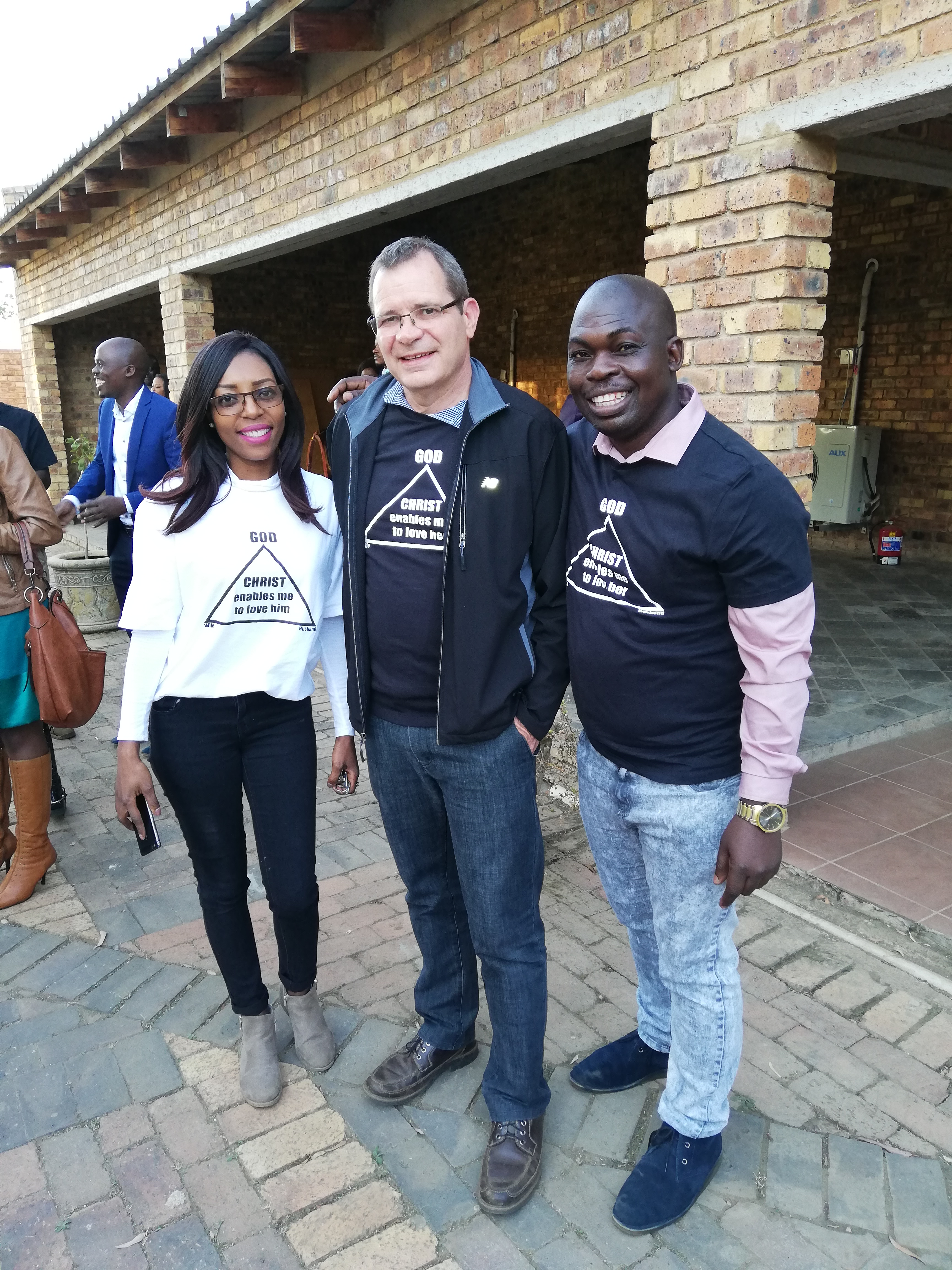 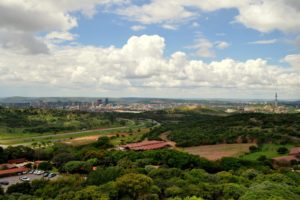 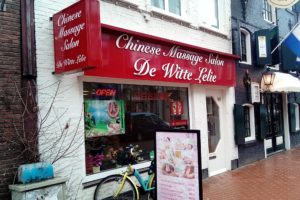 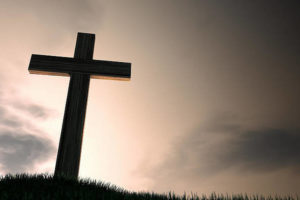