Possibly no single individual left a bigger spiritual footprint on the subcontinent of Southern Africa, than Andrew Murray, 19thcentury pastor, author, and tireless prayer-warrior. He died a century ago in 1917 and served his own denomination, the Dutch Reformed Church of South Africa, for over 50 years. Murray wrote more than 240 books and tracts, some of which have been translated into more than a dozen languages. These books touched the hearts as far and wide as true Christianity is found. He received two honorary doctorates, from the Universities of Aberdeen and Cape Town respectively.

Andrew Murray was born as the second of eight children on May 9, 1828. The old manse of Andrew and Maria Murray (née Stegmann) stood close to the Dutch Reformed Church of Graaff Reinet, on what was then the frontier of the Cape Colony. It served as a happy haven to many a weary traveler, missionaries especially, making their way by ox wagon from the coast to the interior.  None other than the likes of Robert Moffat (1795 – 1883) and David Livingstone (1813 – 1873) found free room and board here. Years later one of the Murray children would recall that their parental home was above all a place of reverence and respect, by everyone and for everyone.

Lord Charles Somerset, British governor at the Cape from 1814 -26 imported several Scottish ministers, in an effort to Anglicize the Dutch–Huguenot colonists.  Rev. Andrew Murray senior was one of them and arrived in the 1820’s.  He hailed from Aberdeenshire and was an ardent follower of the Marrow Men. His wife Maria was from Huguenot and Lutheran descent.

When the young Andrew was only nine, he was sent back to Aberdeen in Scotland for his education, along with his older brother John.  It was while being there that their paths crossed with the famed Scottish preacher and missionary Rev. William Burns (1815 – 1868). The latter’s person and ministry left a deep mark on the two lads.  In a letter to John in 1843, Burns kindly warned the two brothers not to linger in their unconverted state too long.

After both John and Andrew earned their MA degrees, they made their way to Utrecht in the Netherlands to learn Dutch and to train for the ministry.  It was there that they formed a small prayer group in the spirit of Het Réveil, a nineteenth-century revival movement that blew over from Switzerland, at a time when the Dutch state church was firmly caught in the grip of Enlightenment sentiments. It was also from Utrecht in November 1845 that Andrew wrote to his parents: “It is with great joy that I can tell you…  your son has been born again”. In the words of the blind man of John 9, healed by Jesus, he told them:  “I once was blind, but now I see”!

Fulltime Ministry for Half a Century

Arriving back in the Cape he was immediately sent out beyond the Great River to a small rural village called Bloemfontein to become its first pastor. He served an area of more than 50 000 square miles at a time when lions were still roaming the open veld. Constant traveling over vast distances soon affected his health so that he had to visit England to recover.  Being the only pastor of the Dutch Reformed Church in the Free State at the time, he planted several churches and labored tirelessly in evangelizing and catechizing these scattered descendants of seventeenth-century Dutch-Huguenot settlers.

During this period Murray visited Boer settlers beyond the Vaal River on nine occasions, suffering a fair bit of Anglo-phobic suspicion from a segment of them. He nevertheless persevered in loyalty and love and eventually won their trust. It is mainly due to his influence that anti-British sentiments were tempered among the Afrikaners after the devastating Anglo-Boer War of 1899-1902.  Murray also played a key role in the negotiations of the Sand River Convention of 1852, whereby the British Government formally recognized the South African Republic.  Years later in 1913, he would be the guest speaker at the inauguration of the Women’s Memorial near Bloemfontein, dedicated to the more than 30 000 Boer women and children who died in British camps. The key line of his speech illustrates his larger than life impact on South African history: “We have gathered for a celebration of love… suffering love, praying love, conquering love. The monument to be unveiled will be a monument of love…”

By 1859 Rev. Murray received a call to Worcester, nestled among the Hex River Mountains, some 200 miles north of Cape Town.  His father had been praying for revival as long as young Andrew could remember. It was here in Worcester that the Lord rent the heavens and came down (Isaiah 64) so that Andrew senior could say like Simeon of old: “Lord, my eyes have seen your salvation, now let your servant rest in peace!” His son, or Dominee Murray (as Worcester’s minister was called) had already left the prayer meeting when a coloured girl stood up offering a verse to sing from the hymnbook. This was unprecedented at the time, but she was granted permission. It was when she suggested: “Come, everyone, come to Him. Oh sinners come, why would you hesitate…” following it up with a moving prayer, that a strange sound like a rumbling noise was heard. Within minutes everyone was crying out for mercy. When Rev. Murray arrived at the scene he tried to put a stop to it, saying that God is a God of order, for everyone was praying simultaneously. He was soon convinced however that this was a sovereign work of God’s grace, the outpouring of his Holy Spirit upon a dry and thirsty land.

The revival spread to places like Montaqu, Wellington, Cape Town and Swellendam and even as far as Bloemfontein. Its impact was so profound that many could clearly recall it half a century later. Sinners were swept into the Kingdom in large numbers and saints were filled with a new sense of God’s presence and glory.  It was these events that gave rise to the custom of Pentecost prayer meetings, observed in all Dutch Reformed congregations for well over a century after that. These meetings, lasting from Ascension to Pentecost each year, provided an opportunity for prayers from the congregants after the minister delivered a meditation on the need for Christ to renew His church.  These meetings were the hidden secret preserving a godly and mission-minded core in this church federation long after Barthian and liberal theological sentiments have made their inroads into the church during the twentieth century.

Rev. Murray accepted a call to Cape Town in 1864 where he served alongside two colleagues. By this time he was regularly chosen as moderator of the DRC’s national synod.  As the moderator, Murray was known to stand up from his chair in respect, every time his aging father addressed the floor. It was also here in Cape Town that Murray became famous for his courageous stand against liberal theology, threatening to infiltrate his beloved church federation. He had to defend the DRC’s confessional reformed commitment in a high profile court case when their attorney fell unexpectedly ill. He delivered a speech of over four hours and won the case!

From Cape Town, Andrew Murray was called to the scenic town of Wellington where he labored from 1871 until his retirement in 1906. It was during this period that he also labored tirelessly for Christian education and missions. He founded the Wellington Institute and the Huguenot Seminary for the training of teachers and missionaries and even traveled to America to find young Christian teachers for the burgeoning Christian church in South Africa. It was also due to his expansive domestic travels trumpeting the cause of missions, that South Africa became the fifth largest missionary sending country in the world by 1900. It was in fact at a mission village near Lake Malawi, started by Murray’s own blood relatives, that I stumbled upon a pile of books containing several Andrew Murray titles in Afrikaans and Dutch, ready to be thrown out.  In retirement, Rev. Murray spent most of his time writing by the ocean at his cottage called Patmos. He died peacefully at age the age of 88, in a posture of prayer.

Andrew Murray had his theological flaws. Reformed critics would point to his faith healing sentiments when he lost his speech due to laryngitis in 1879, his affinity for the Keswick deeper-life movement, and the lack of a robust Calvinistic emphasis as a reformed author. And in his earlier years, he was so animated in preaching that some said he resembled Scotland’s fiery reformer John Knox, who was said to “ding the pulpit into blades”! His signature gift to Christianity was his ability to draw the ordinary believer into the presence of our merciful High Priest, through his sermons and books.

His first book was published in 1858 and dealt with Jesus’ love for children. One of his last books was published after he visited the World Missionary Conference in Edinburgh in 1910. Murray argued that the spiritual life the local church in the West was at low ebb, and made an urgent call to God’s people to be “totally surrendered” to Christ in holiness and service. In no other way, argued Murray, would the global church be able to reach the world with the Gospel as Edinburgh 1910 had envisioned.  His words proved to be prophetic and crucially relevant to the church of today. Though some of his writings lack exegetical depth, his unique devotional commentary on Hebrews – The Holiest of All – is a book worthwhile consulting for all serious expository preachers.

A retired Australian seminary professor and a personal friend once remarked to me that the unique blend of Calvinism with the spirit Andrew Murray produced one of the purest expressions of Biblical piety in his view.  It is also interesting to note that a man of the caliber of Mohandas Gandhi once recalled a visit to a prayer meeting in Wellington in his autobiography as follows: “It was an assemblage of devout Christians. I was delighted at their faith. I met the rev. Murray. I saw that many were praying for me. I liked some of their hymns, they were very sweet”. What makes this observation remarkable is the fact that Gandhi was not always impressed by Christians he met during his lifetime.

Many years later a tourist visiting the stately old Graaff Reinet manse, now a museum, wrote in the visitor’s book: “Where is the Lord God, the God of Andrew Murray?” In a time of lackluster, fragmented and receding Christianity in the West, we can only pray that Almighty God may raise up men and women of the likes of Andrew Murray again. To God be the glory.

This author hasn't written their bio yet.
Sober Minds has contributed 5 entries to our website, so far.View entries by Sober Minds 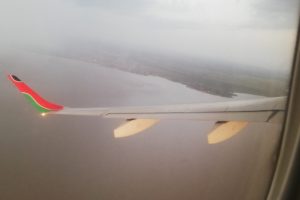 A Struggle Not With Flesh and Blood

My fellow elder and I left Canada for Kenya on[...] 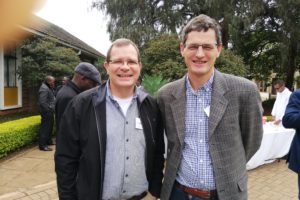 A Week in Nairobi I Shall Never Forget

You might wonder why it has taken me three weeks[...] 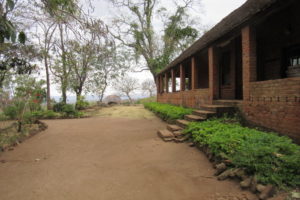 A View from Nkhoma's Guesthouse

Is There Life Beyond Hollywood and Cyberspace?

Sitting here in a rustic old guesthouse in Nkhoma –[...]